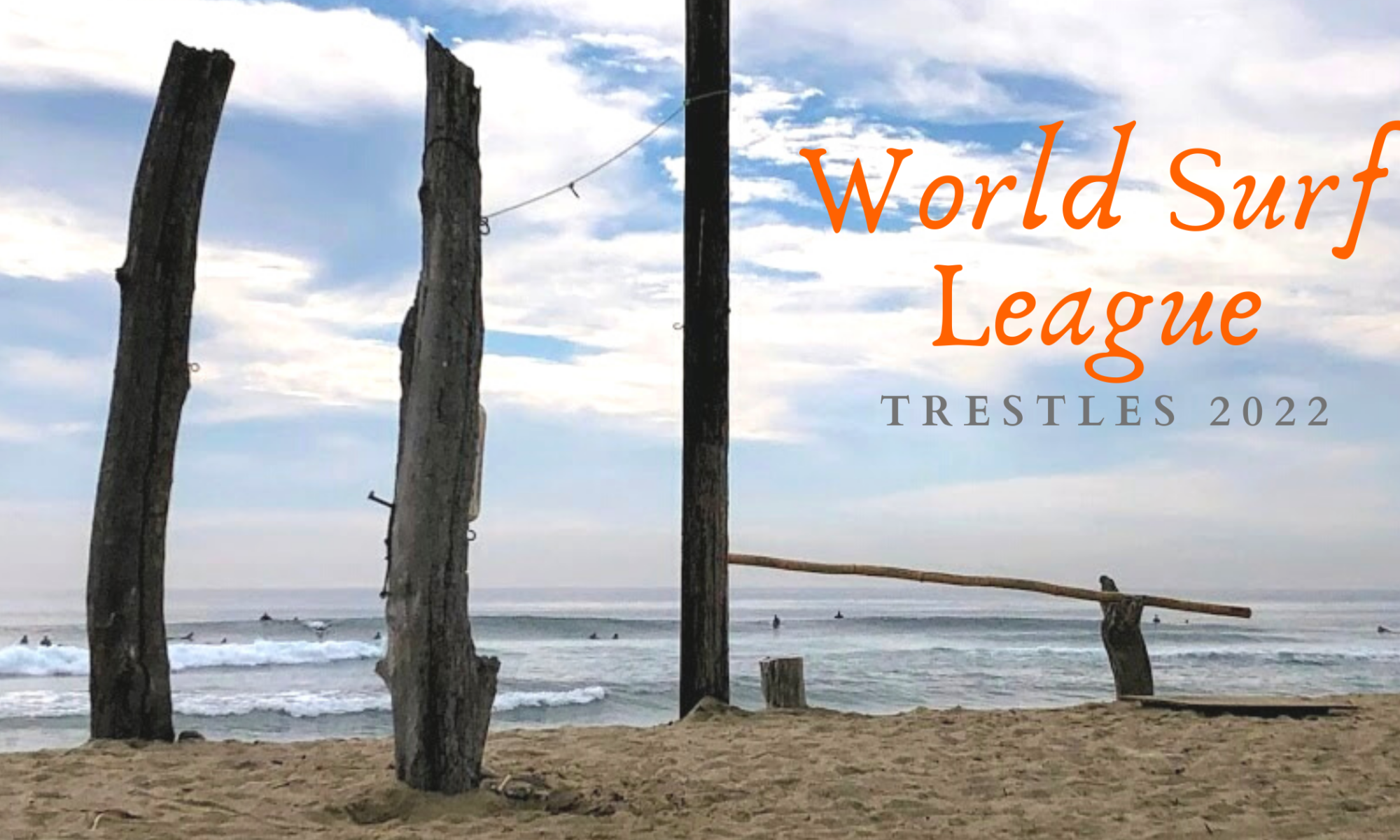 It was announced on January 18 that the Rip Curl World Surf League (WSL) Finals would be at Trestles this year! That’s right! In a one-day, winner-takes-all surfing event, Trestles will be where the Championship finals will take place in September!

The 2022 WSL Championship Tour kicked off at the world-famous Banzai Pipeline on O’ahu’s North Shore on January 29. The top men and women surfers from around the world competed together at this legendary surf break.

Never before have both men and women surf the Pipeline together while competing.

WSL Men and Women Surf Competition to be Combined

WSL will combine the men’s and women’s Championship Tours for the first time. As noted above, never before have men and women competed at the same time or won the same prize money.

Well, this year, that has changed.

The 2022 Championship Tour (CT) Season will start with 36 men and 18 women. Halfway through the season, the field will be reduced to 24 men and 12 women.

The top-rated wave riders will automatically qualify for the 2023 season, go on to the tour’s second half, and be joined by two men’s and women’s wildcards. 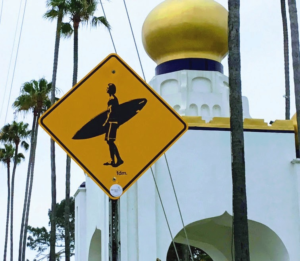 Before the Finals take over at Trestles, the WSL Championship Tour will include ten regular-season events at some very exotic locations. I’m not familiar with many of these beaches, so I thought it would be fun to do a bit of a deep dive into each location’s waves.

I will be going over specific wave characteristics of each location, noting the type and direction of each wave, the ideal swell, tide, wind, season, and how big each site can ultimately get.

I’m not a surfer, so please be patient with me and feel free to offer any suggestions if any information is incorrect or slightly off, mainly which surf breaks are used in the Championship Tour.

The WSL Championship will be making its presence on two North Shore beaches, starting first at the infamous Banzai Pipeline, followed by Sunset Beach.

The Banzai Pipeline, or simply Pipeline or Pipe, generates some of the largest and heaviest waves in the world.

The break is at Ehukai Beach Park in Pupukea, O’ahu, North Shore.

Ideal tide- best between the peak low and peak high

Sunset Beach is located 2 miles and five minutes from Pipeline and is considered the longest stretch of surfable waves globally.

Like Pipeline, both beaches showcase winter swells but are utterly calm in the summer. 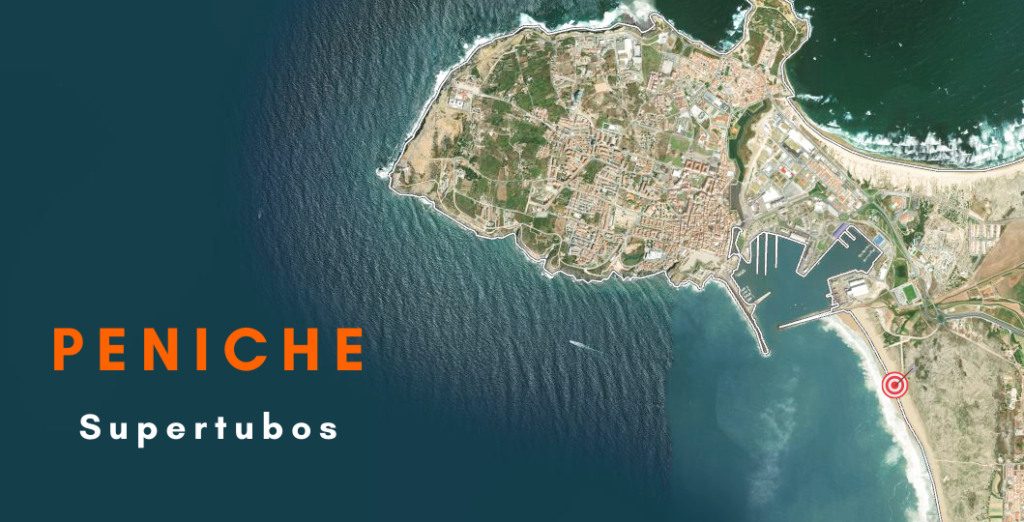 The town of Peniche in Portugal is located on a peninsula about 1.5 hours away from the capital, Lisbon. The MEO Pro Portugal, founded in 2009, is held over on Supertubos Beach. 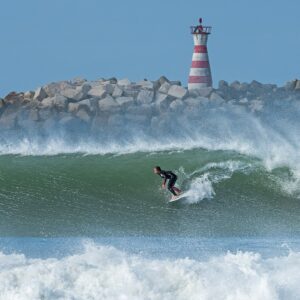 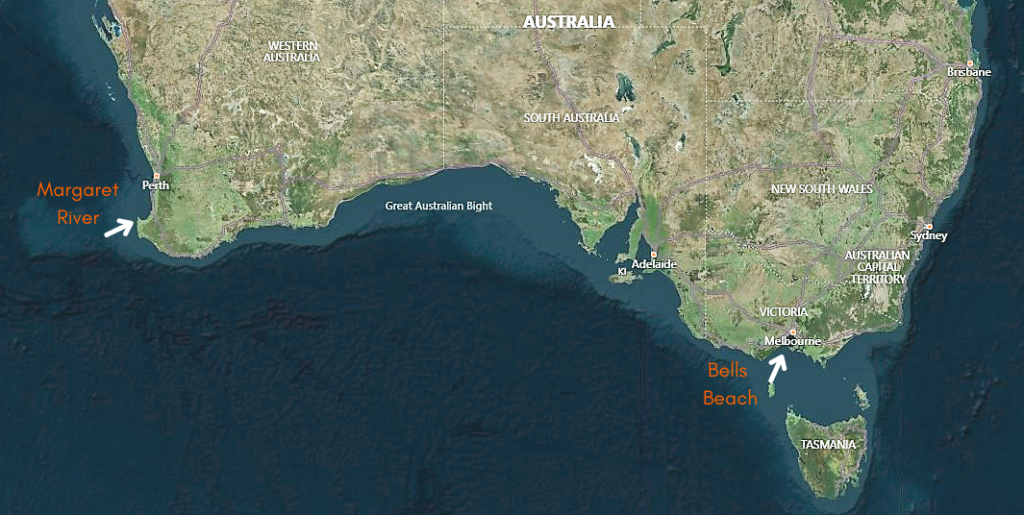 Both Australian spots are located in Southern Australia but are over 40 hours away from each other! 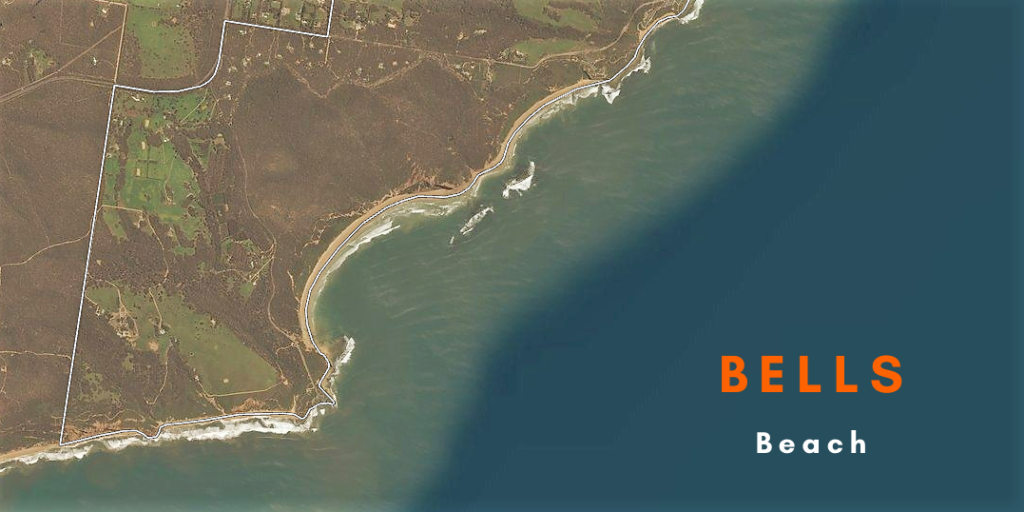 Bells Beach is found on the Southwest outskirts of Torquay, Victoria, and has two defined waves- Rincon and The Bowl.

Rincon- breaks on a high tide when the waves are 4 ft or under; it peaks on an underwater ledge and then makes its way onto the beach.

Ideal Winds- calm or offshore flow from West to Northwest 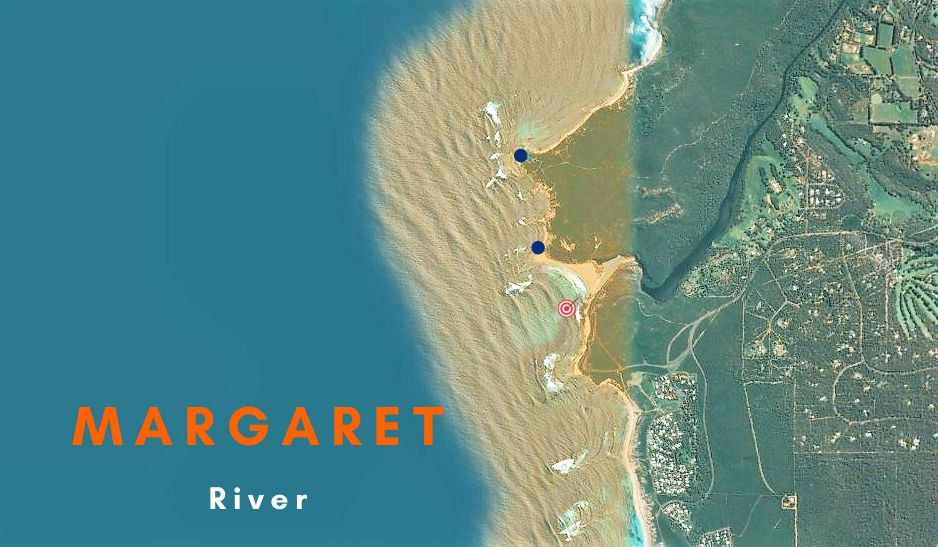 Margaret River is a lively town situated in the southwest of Western Australia. It is primarily known for its significant surf breaks near its namesake- Margaret River often referred to as Margs and Margarets’.

The area Margaret River surfing region is quite large. The most famous breaks are located within what is known as the Capes- (between the two blue dots on the map above.)

The main break used in the contest is Surfers Point, located south of the river inlet.

G-Land hasn’t been a part of the CT for over 24 years, and this will mark the first time that women have surfed competitively here.

Best Season-  from April to September

El Salvador is making a surprise appearance in the WSL Championship Tour this year!

Punta Roca produces some fast and epic barrels and is only recommended for advanced wave riders. Some things to look out for a while surfing here are a rocky bottom and pollution.

Best Season- April- October, with June to July the best

Saquarema Beach is located 50 miles east of Rio and has two quality surf breaks, Itauna and Barrinha, which the WSL utilizes in their surf tournaments. The primary break, Itauna, has a wide-open swell window of S/SSE swells, with the biggest and best swells occurring in April thru October.

Ideal tide- both from mid to low tide

Best Season- April thru October, with May being the best month

The WSL contest will be held on Superstubes Beach.

Best Season- May to September

Teahupo’o is a small village on the southwestern coast of the island of Tahiti in French Polynesia that is known worldwide for its offshore surf break, which produces heavy, glassy waves.

One of the reasons that this wave is so dangerous is that it starts in very deep water (500 yards offshore) and then suddenly meets the reefs close to shore and immediately crashes down hard.

It is unlike a regular wave that peaks, folds, and breaks. Instead, it’s as if the whole ocean is folding in on itself, thus producing extra-thick waves (pillow break).

The wave’s unique shape is due to a highly shallow coral reef, sometimes less than 20 inches beneath the water’s surface, which is responsible for the very hollow breaking waves.

The trick to riding a Teapuho’o wave is to take off from underneath the lip to escape being launched into the air or falling straight down.

Best Season- May to October

Situated at the northern section of San Onofre State Beach and the border of San Diego and Orange Counties, Trestles Beach is the best surfing beach in Southern California.

The WSL Championship Tour will end with a one-day, winner-takes-all climax at Lower Trestles. The events waiting period coincides with the peak time when Trestles is expected to get its infamous Southern Hemisphere SW swells, so fingers crossed. 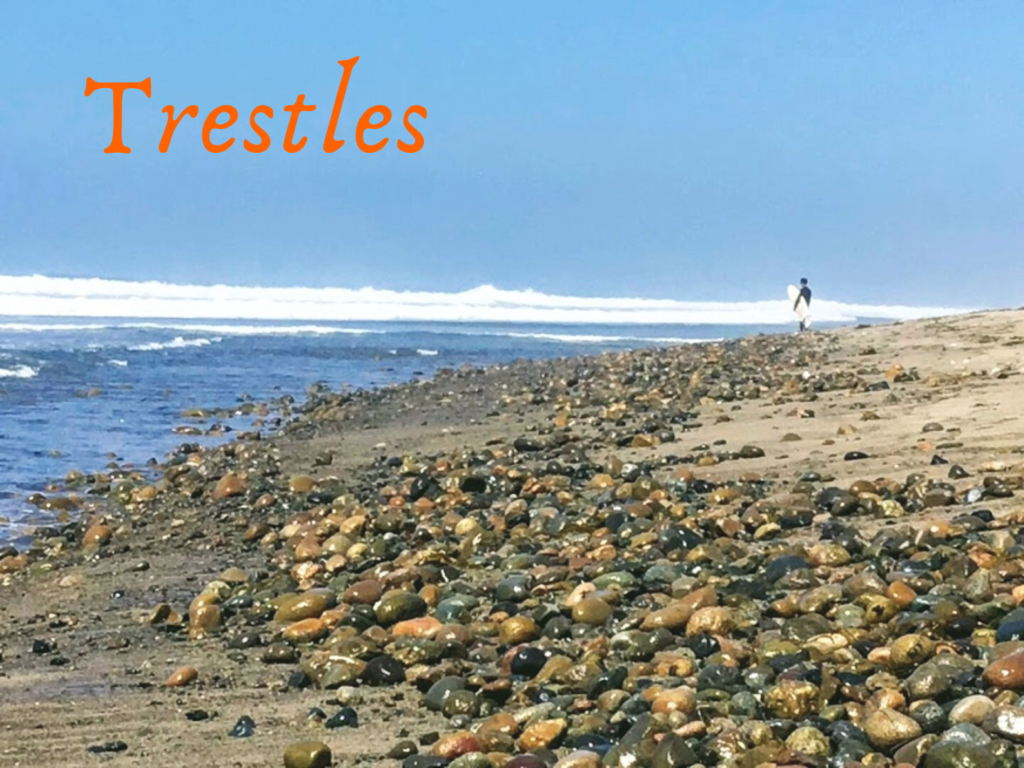 Final 5 for both men’s and women’s World Titles