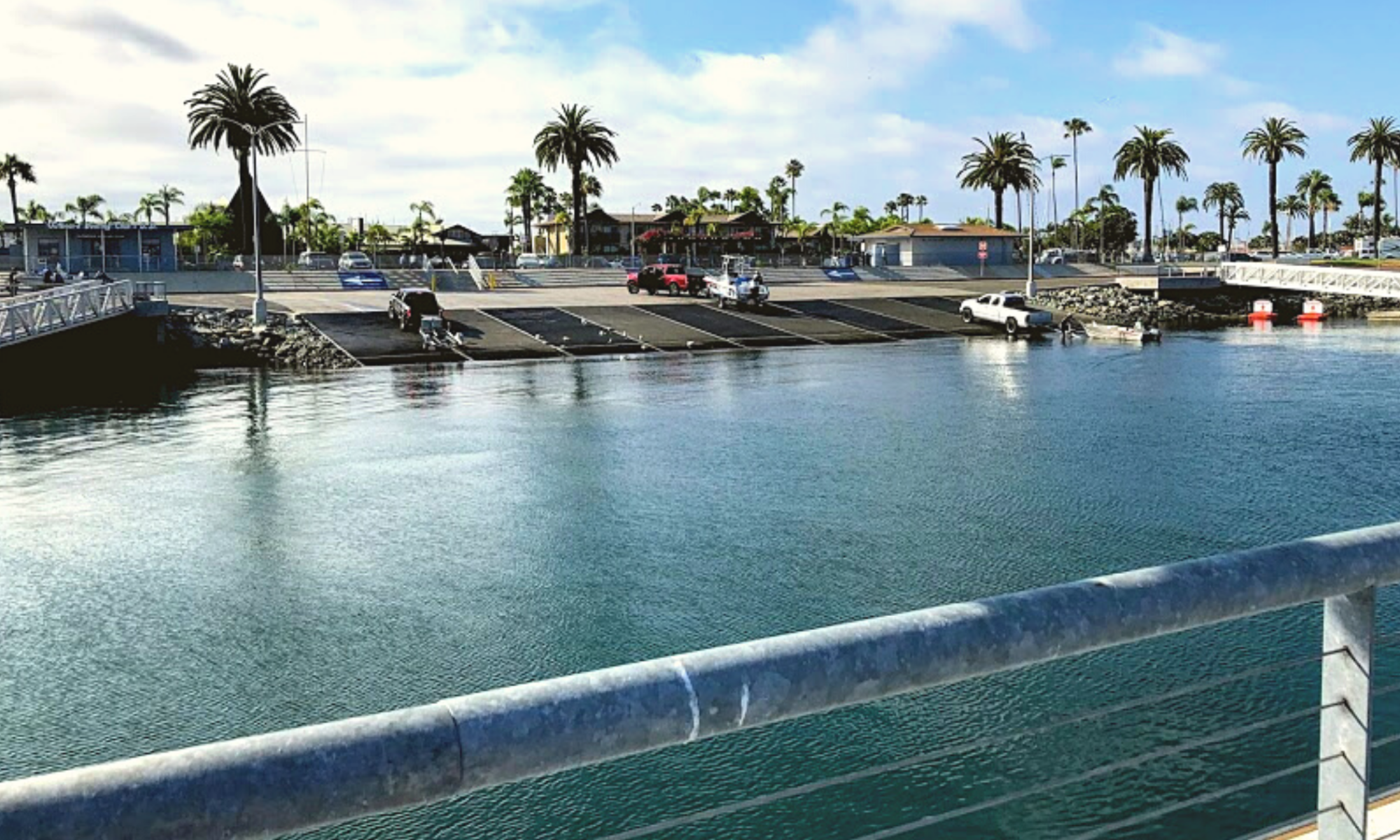 About a month ago, when we were “allowed” (I am not bitter) to leave the house, my daughters and I set off to San Diego. Towards the end of the day, we found ourselves over at San Diego Bay and decided to check out Shelter Island. I was anxious to see how the new Shelter Island boat launch ramp turned out; I have pictures to prove it!

Shelter Island has always been a family favorite. We have been coming here ever since my children were small. It has a beautiful walkway that runs parallel to the Bay. It is also a prime spot to watch the boats and military ships entering and exiting San Diego Bay. I have written extensively about San Diego Bay (San Diego Bay-A Photo Tour) and the Shelter Island boat launch ramp, so if you would like more in-depth information, press on the above links. 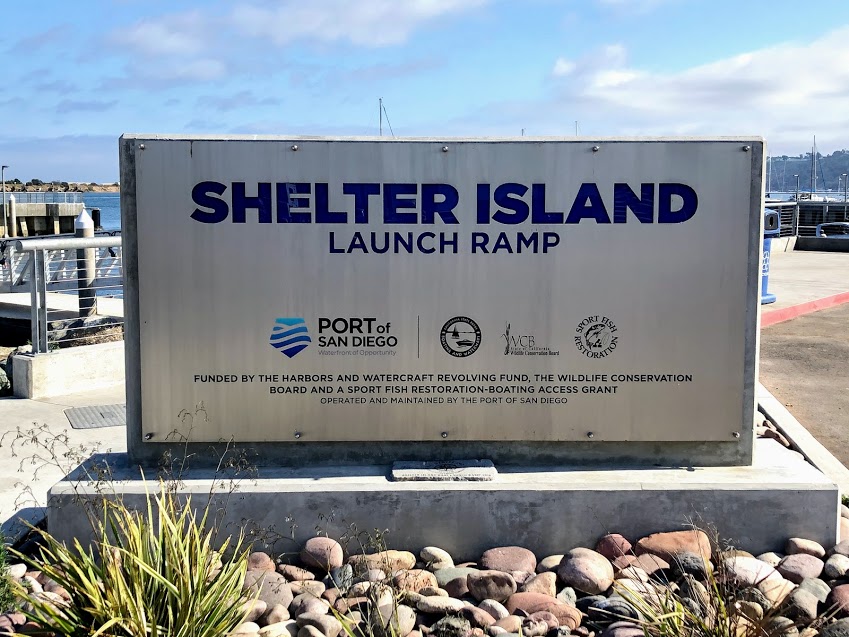 Before and after comparison of the launch ramp-

Located in the northwestern section of the San Diego Bay, the Shelter Island boat launch ramp is the busiest launch ramp on the entire coast of California.

Over 50,000 boats use this ramp annually because it is less than three miles from the Pacific Ocean. Also, the fact that there are ten lanes to use here, plus over 200 parking spaces, adds to its convenience and popularity.

Do you plan on fishing?

The Everingham Brothers Bait Barge, where you may purchase live sardines and anchovies 24- hours a day (except Christmas), is conveniently located on the right side of the channel as you exit the harbor

Let’s now check out all of the new features!

The enlarged basin is over 80% bigger and allows more maneuvering area for the boat trailers. 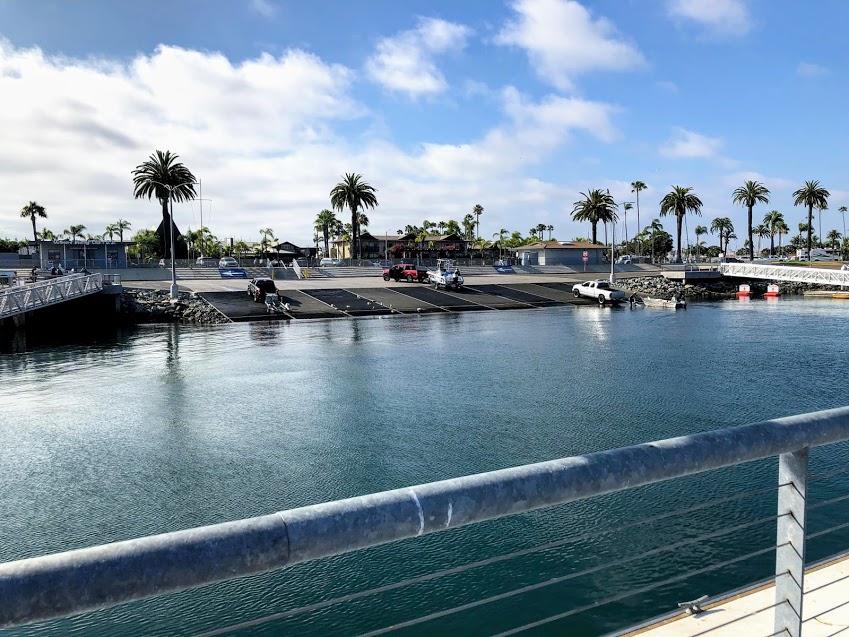 As you note in the above ‘before’ photo, the boarding floats are almost three times the size. 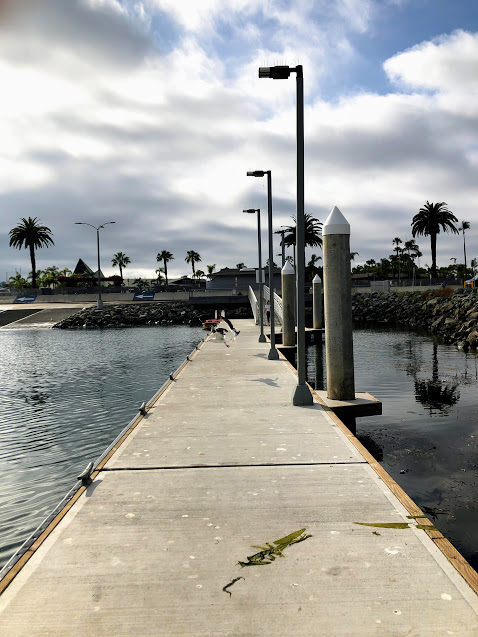 The old walking platform was just a bunch of rocks piled up with a dirt path that was difficult to navigate. But, now we have a new public walkway that meets ADA Standards (Americans with Disability Act.) All the new docks, public walkways, and restrooms are all ADA Certified.

On a side note-If, you or someone that you love is in a wheelchair and are planning on visiting the coast of San Diego, here is a list of San Diego Wheelchair Accessible Beaches. 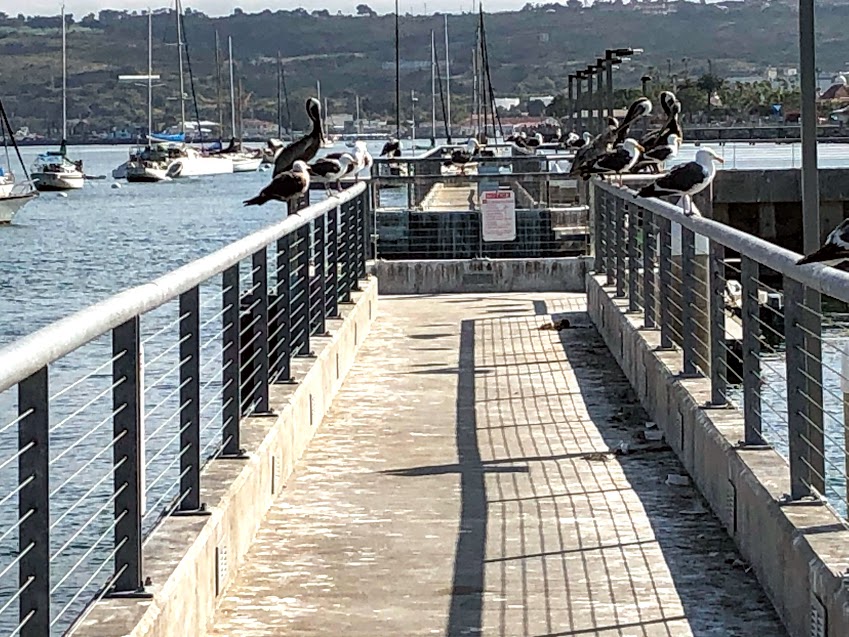 Past Memories of the Shelter Island Launch Ramp

So what do you think? Pretty fabulous! But, something has to be done about all of the guano on the walkway, but I digress.

Before I leave you, I thought I would share a fun memory.

As some may recall, I used to work as a Fisheries Technician for a private federal contractor, the Pacific States Marine Fisheries Commission, where we worked out of the California  Department of Fish and Game Office.

The main goal of the position was to interview anglers out in the field by asking several questions regarding the fishing trip and identifying, weighing, and measuring their catch.

Ok, thanks for following me there. I explained all of this so that I could tell this incredible story.

(Down below, I found the current version of the survey if you are interested)-

A Big Fish in a Tiny Boat

One day,  while over at the launch ramp, I interviewed an older gentleman who had just done fishing in the Bay while in a very small dingy.

He was extremely kind and welcoming, which was always a plus. So many anglers would have chips on their shoulders whenever I approached them, and I believe this was because I was wearing a Fish and Game uniform.

Anyway, I proceeded to ask him about his trip, and when I was finally about to measure his fish, I was shocked by the size of the spotted sand bass he had.

It turns out that he had caught a record-sized fish!

I was so excited for him and encouraged him to go to the Fish and Game office with the fish to record it officially. It was an exciting memory for sure, but I don’t think he ever went in to get the fish verified.

Finally, I have included the official Califonia Saltwater Angling Record Verification Form, so you will have it handy the next time you are out fishing.

Good luck, and enjoy yourself in San Diego Bay and beyond.

Information on attractions that are close by-