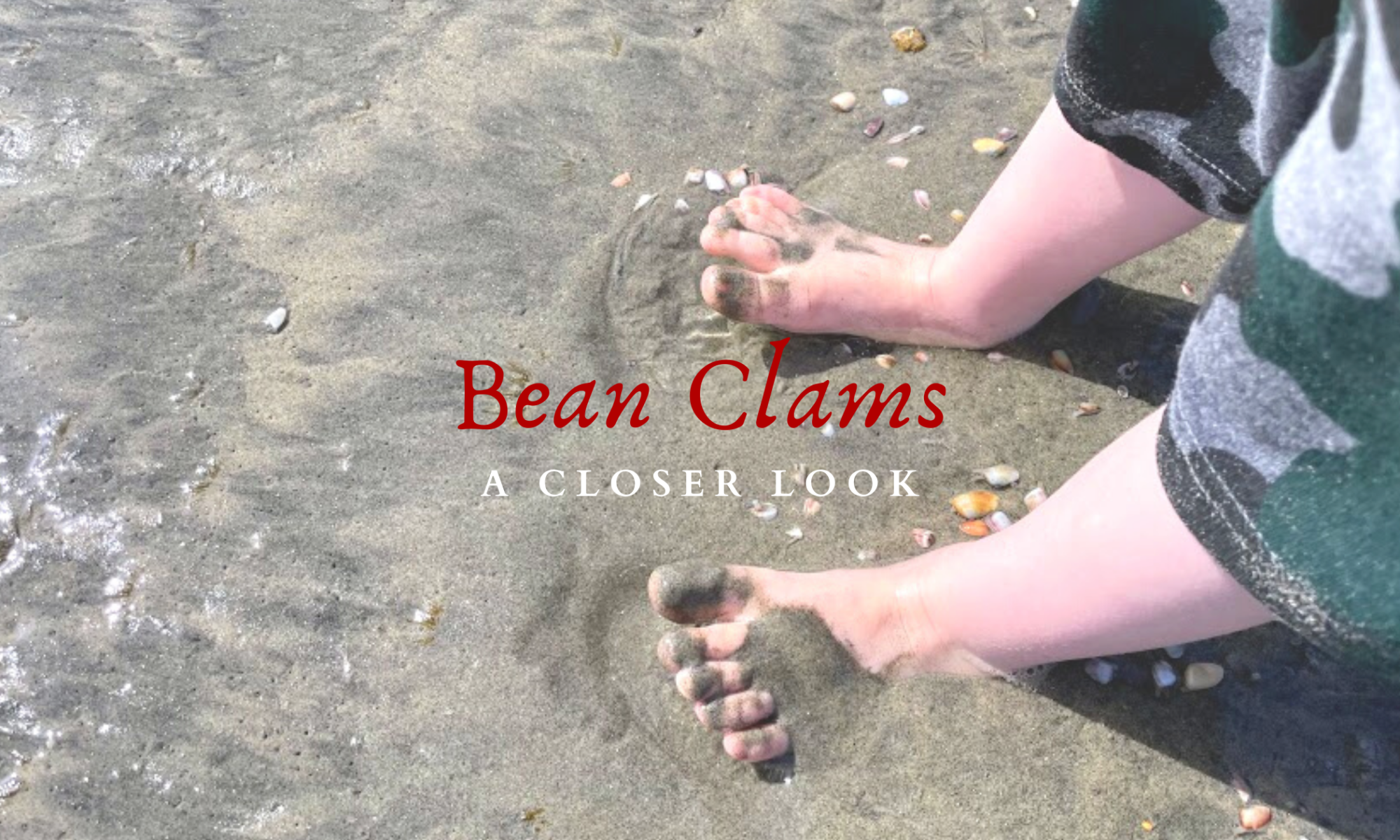 Welcome back to my “A Closer Look” series! Today I want to dive deep and write about what I came across while walking Oceanside Harbor Beach last month (where has the time gone?) Let me set up the scene. 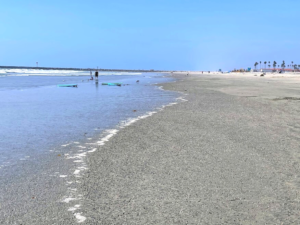 The colors stood out due to the enormity spread across the shoreline.

So I thought I would take a closer look at bean clams, but there is limited information online.

Bean clams are an edible marine bivalve that the earliest San Diego natives, the Kumeyaay, would regularly collect.

But what else can I find out?

Let’s now take a closer look, shall we?

Scientific Breakdown of the Bean Clam 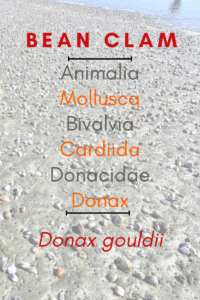 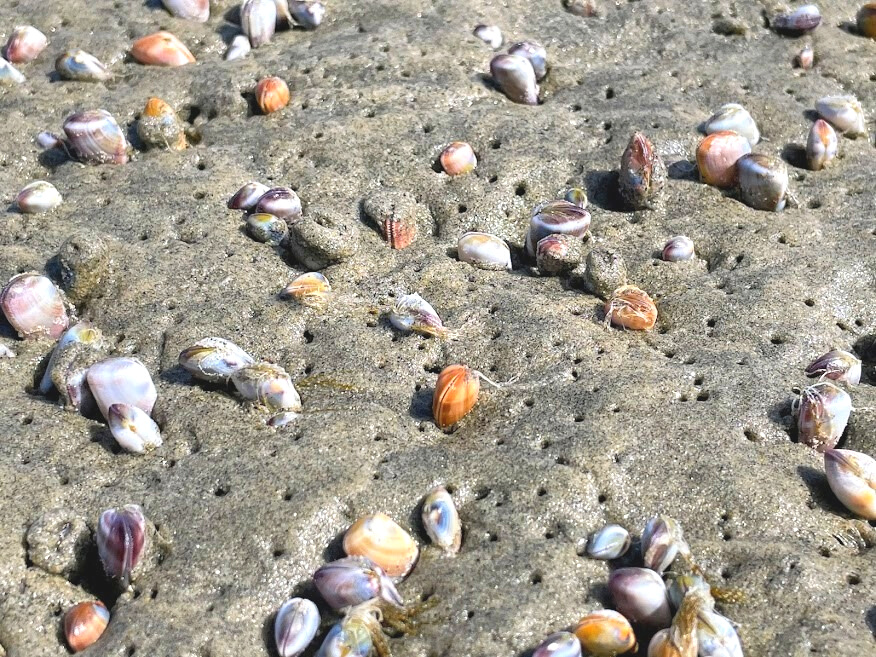 Size– reaches up to 1.5 inches in length

Shape- the shells are thick, polished, and wedge-shaped

Color– not as colorful as their East Coast cousin, the Coquina Clam, but still beautiful shades of light blue, yellow, and orange with darker rays projecting from the hinging area

Distribution and Range– found as far north as Pismo Beach down to southern Baja California, Mexico. Bean clams prefer to inhabit the sandy shores of the mid-intertidal zone, down to 30 meters deep.

Reproduction- female bean clams become reproductively viable at age 1 to 1.5 years, and some have been observed to die shortly after spawning (June- November)

Spawning Size- the female is known to spawn up to  1000 to 50000 eggs at a time, and this may explain the enormous population explosions seen in Redondo Beach (Los Angeles County) and Newport Beach (Orange County)

Feeding– filter feeders which graze on detritus, and microscopic plankton, such as diatoms and dinoflagellates

The Symbiotic Relationship with a Hydroid? 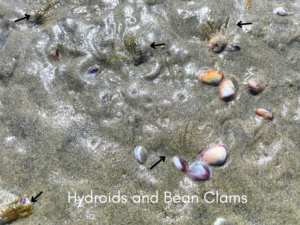 Yes! So what exactly is a hydroid?

A hydroid is a tiny predator related to a jellyfish. This particular hydroid has four bunches of long tentacles that can be seen attached to the clam.

The official scientific name of the particular hydroid attached to the bean clam in Southern California is Eucheilota bakeri, and they have a very clever symbiotic relationship with each other.

The hydroid needs a substrate to adhere to, while the bean clam is less attractive to predators when they have a hydroid attached. It is a win-win situation for both species.