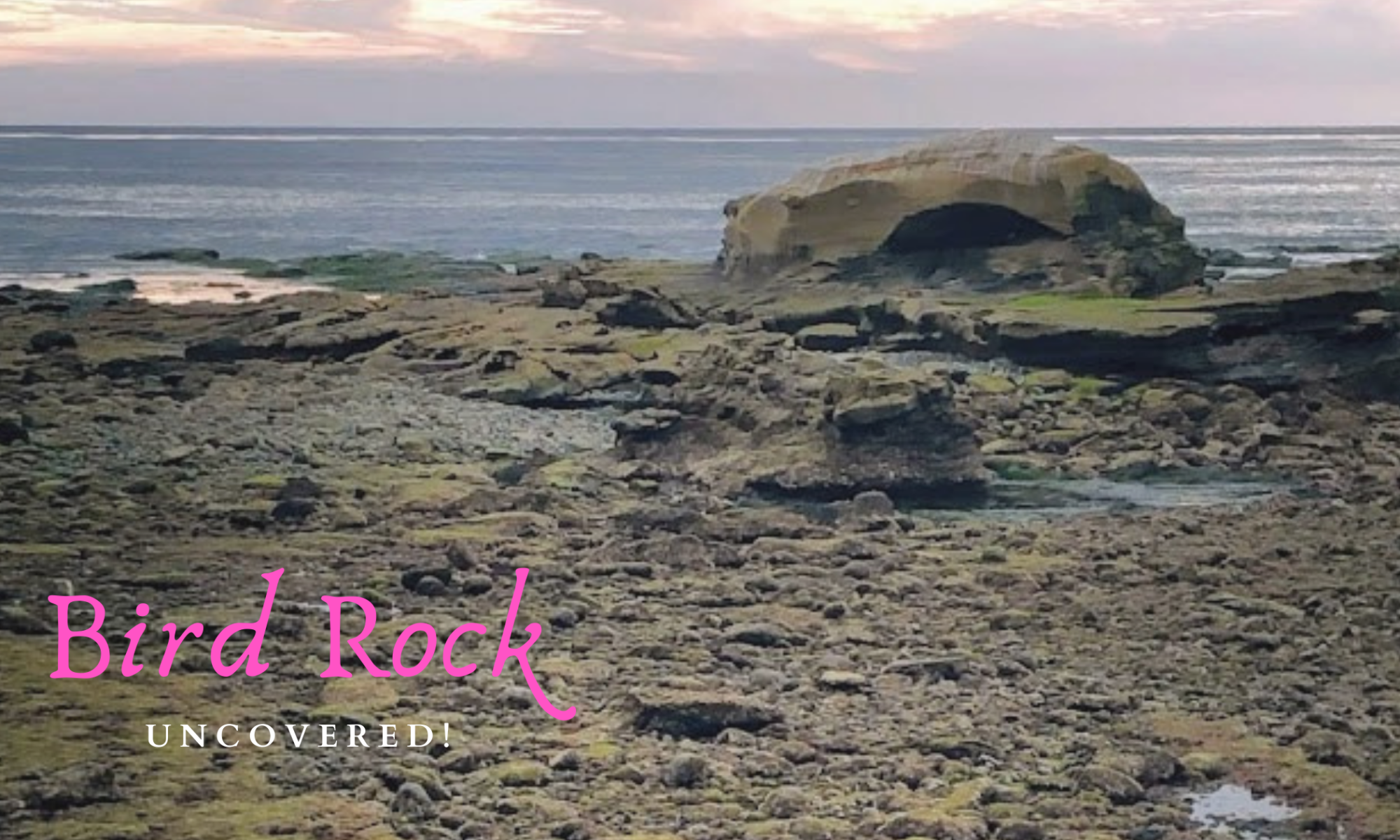 So on the very last day of January, I witnessed the second-lowest tide of the year, a -2.08! This is a personal record for me, as the lowest tide I had experienced was -1.98 at the Cabrillo National Monument tide pools,  followed by a -1.34 at Sunset Cliffs. I was excited about what we were in for over at Bird Rock Beach, La Jolla. Join me as I show you what is usually covered by water.

Bird Rock Beach is located centrally within the South La Jolla State Marine Reserve (SMR), so I would like to overview the area briefly.

As a bonus, I have added a few more places we visited on this particular day, including several spots south of Bird Rock Beach in South La Jolla. The view was beautiful, and I wished I could have explored the tide pools!

Unfortunately, I could not walk around the tide pools and explore with a broken finger, but I did get some incredible photos!

So, Where is Bird Rock Beach, La Jolla?

Bird Rock Beach is the center of the South La Jolla State Marine Reserve (SMR) and, in my opinion, one of the best tide pool beaches in San Diego. In all honesty, Bird Rock is only accessible during a very low tide, so calling it a beach is a bit of a stretch, but let’s still go with it.

This is where my Marine Invertebrate Biology class had a field trip way back in the day.

Also, when my husband and I were dating, we used to explore this stretch of South La Jolla on bikes, which I highly recommend! Not only do you have a killer ocean view, but some of these houses are beyond incredible! 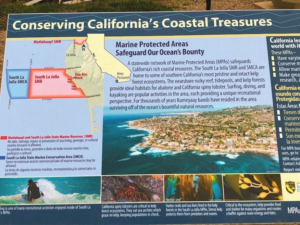 The northern boundary begins right below La Jolla Strand Beach at Palomar Ave. It’s an excellent marker for those who fish because fishing is prohibited between here and down to Diamond Street in North Pacific Beach.

Quoting from the Department of Fish and Wildlife –

(CCR Title 14, Section 632(a)(1)(A)): In a State Marine Reserve, it is unlawful to injure, damage, take or possess any living, geological, or cultural marine resource, except under a scientific collecting permit issued by the department pursuant to Section 650 or specific authorization from the commission for research, restoration, or monitoring purposes.

So basically, lookie and no touchie.

Here are a few fun facts about the Reserve:

From North to South, all the beaches sit within the South La Jolla SMR. 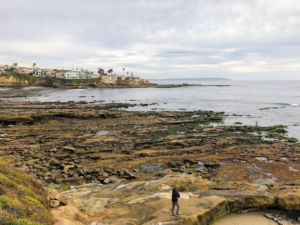 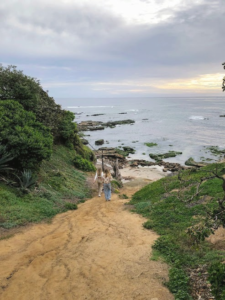 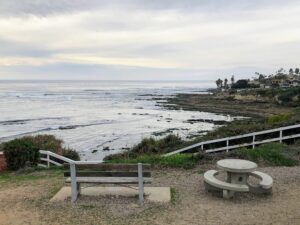 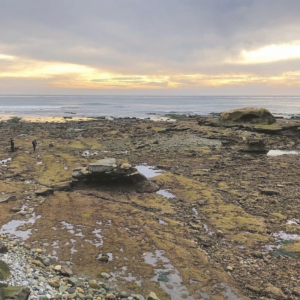 Calumet Park is a sublime place to picnic or sit on the grass and stare out onto the ocean. What caught my attention here was the sound of large stones moving around with the tidal action of the waves. 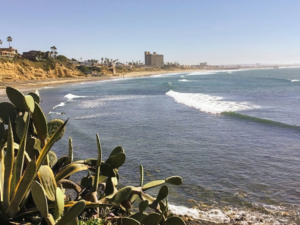 There is not much beach here unless on a very low tide. It is a lovely walk from here to Law Street Beach, or maybe to Crystal Pier when that is the case. 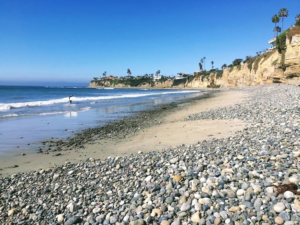 Tourmaline Surfing Park is one of the most laid-back surfing beaches where everyone can appreciate an SW swell, from a beginner to an expert.

Just above Law Street beach is a small pathway that connects you to the Pacific Beach/ Mission Beach Boardwalk. A little bit south of here is where the Southern Boundary of the South La Jolla SMR is to be found.

Now that you have a general idea of what the South La Jolla SMR looks like, let’s concentrate on Bird Rock.

I love how the above panoramic photo came out. The scene takes your breath away, mainly when you are used to seeing everything, usually being covered by water.

So, where did the name bird rock come about? The large rock in the photo above used to resemble a bird.

Down below is the northern view. 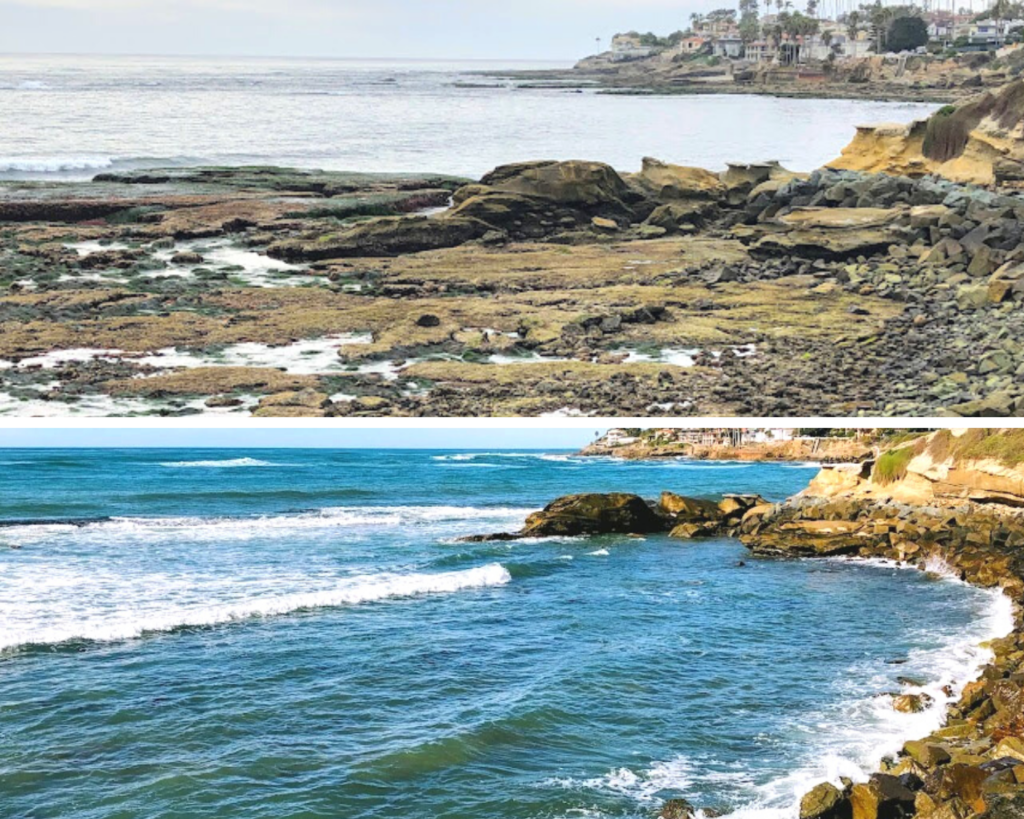 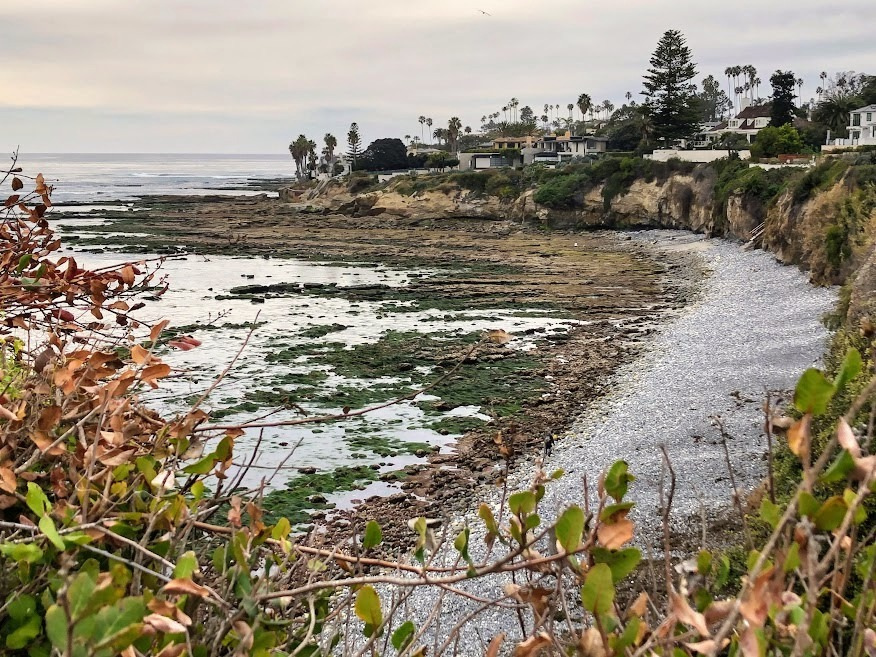 As we continue our walk north, we next come upon the quaint location, La Jolla Hermosa Park.

I wish I had more time, as I would have enjoyed exploring the beach below.

Take a good look at those glorious mansions on the bluffs! Can you even imagine what it would be like, to wake up every day with these spectacular views? 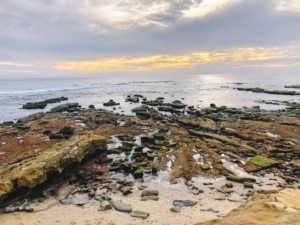