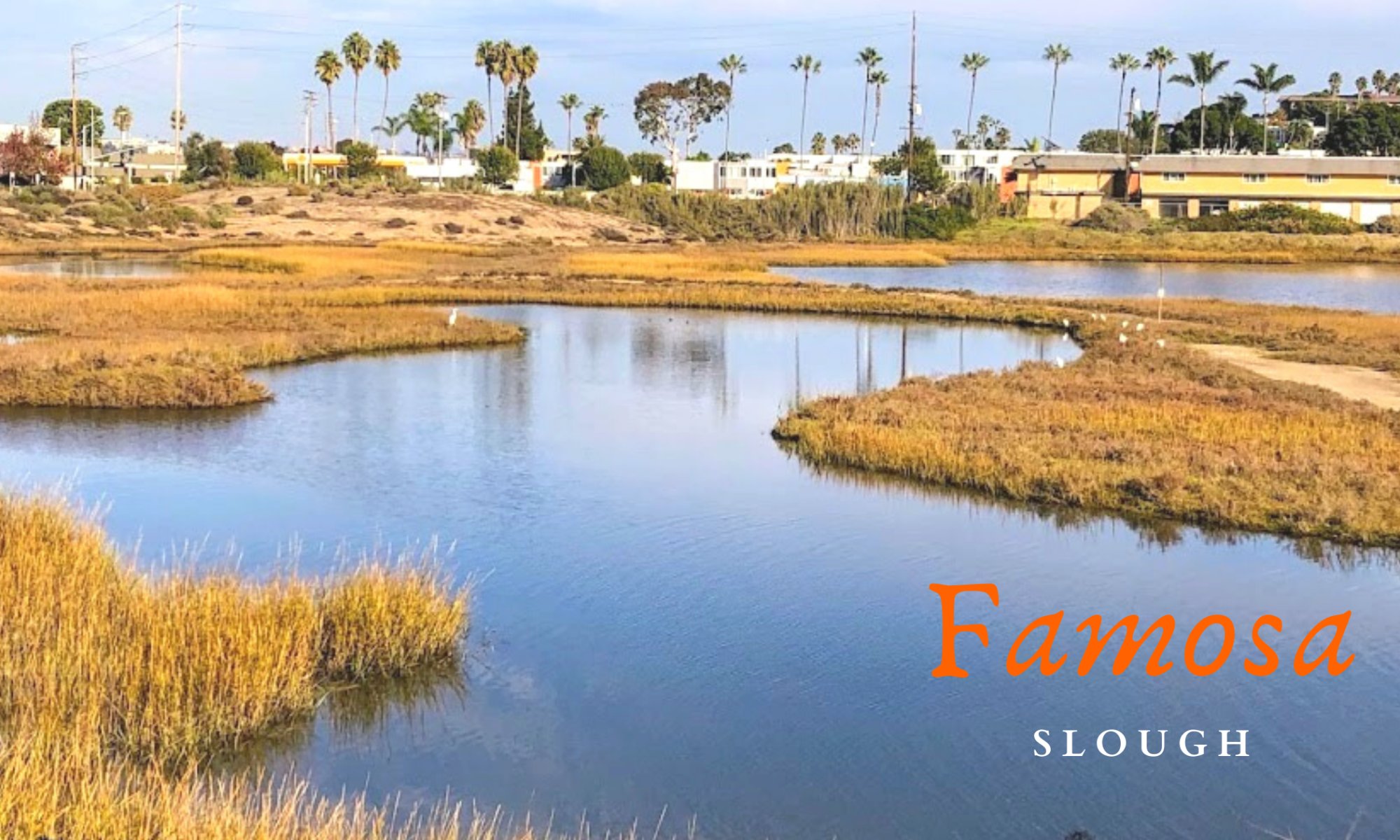 Last month, on November 23rd, my girls went to Famosa Slough because I wanted to check out and see how the plants were doing. I knew that the toyon and buckwheat were in bloom, but what other surprises were we in for? I can tell you upfront that I saw my first California boxthorn bush! Have you ever seen one in the wild?

So today, I wish to keep things casual, seeing that I have written more in-depth about almost all of these plants.

Please see the links down below if you would like more information. 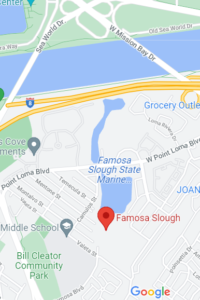 First and foremost, the Famosa Slough is a living wetland preserve and a Marine Protected Area, meaning nothing is to be touched or taken. It survives as a wetland by the tidal flow from the culvert pipes that connect it to the San Diego River Channel.

It consists of two sections: the Northern Channel, 12 acres, and the southern portion, 25 acres of mixed wetlands. The more south you go, the less saline the water.

I have been here four times and have written about Famosa Slough before, only concentrating on the southern section. Well, today, we explored both.

The North section connects to the San Diego River Channel north, with the southern portion just across the street.

The small trail over here runs parallel to a few apartment complexes. Also, there might be someone sleeping in the larger bushes.

Pay attention to your surroundings. 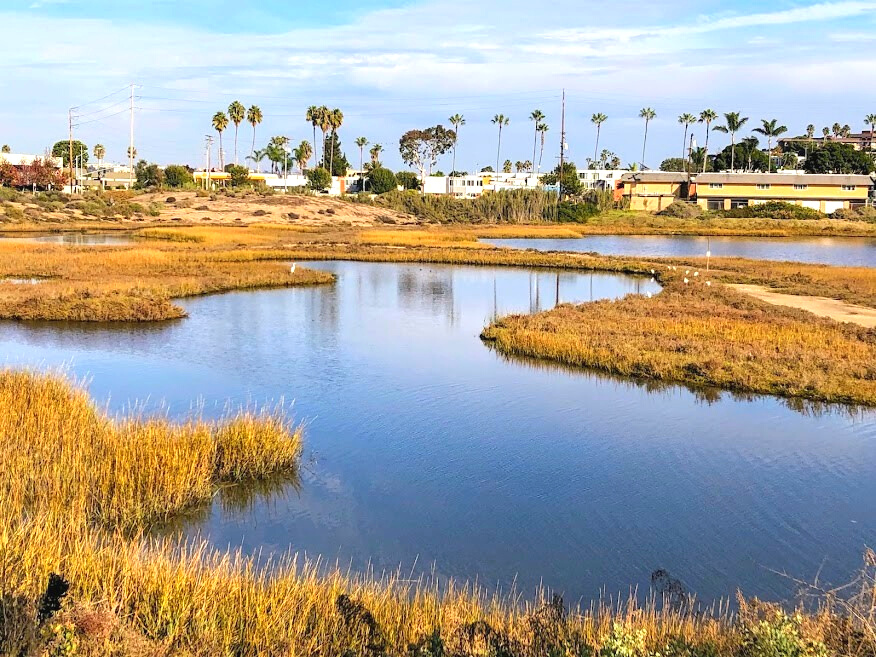 Today was the first time I parked on West Point Loma Blvd and started our adventure in the Northern Channel, then crossed the street and started at a new entrance point.

I had no idea that there was a bench over here!

There are five benches scattered around Famosa Slough.

As we continued to follow the trail due south, I was pleasantly surprised at how much restoration work has been in progress since the last time we visited here in 2018.

I want to note that I will share each plant under their Family names. For me, this helps my brain. 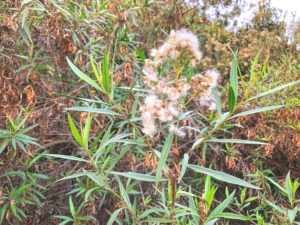 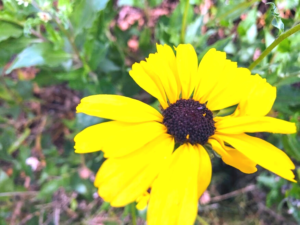 #– Do you notice the difference between the San Diego sunflower and the California Sunflower? A great way to remember is that the bush sunflower has a darker 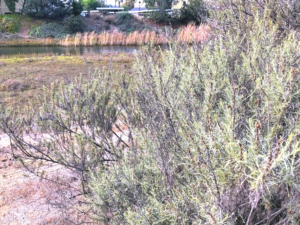 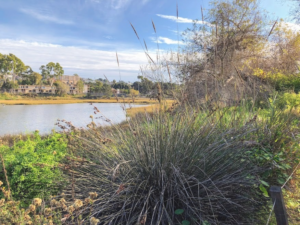 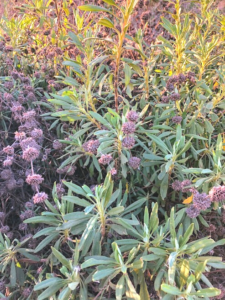 2 Replies to “A Few Plants at Famosa Slough”