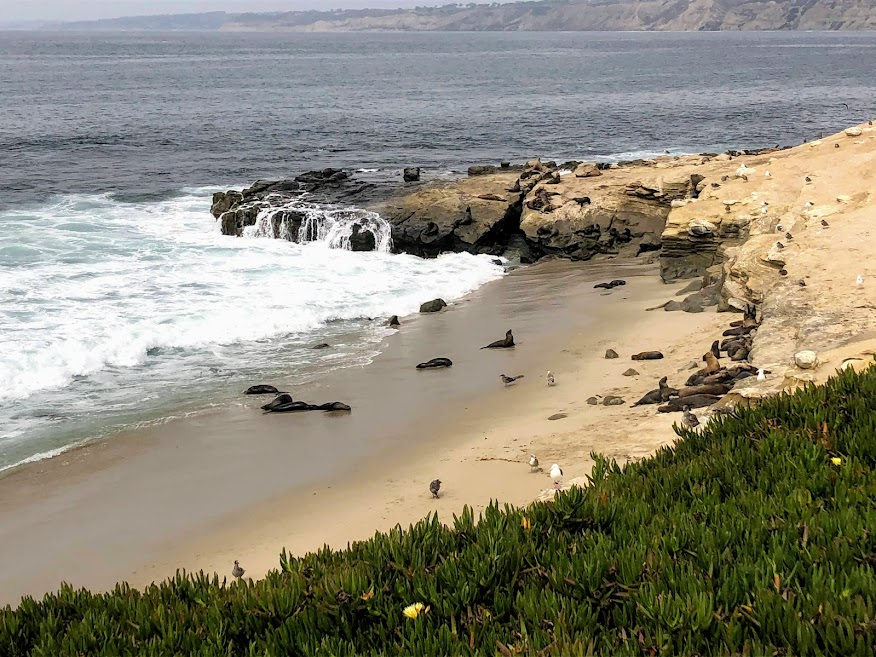 There is something extraordinary about seeing wild animals in their natural habitats, especially marine mammals. Well, what if I told you that over at La Jolla, there are two designated pinniped rookeries near each other? Yes! A Pacific harbor seal rookery is located at Casa Beach/ Children’s Pool, and a California sea lion rookery is found at Point La Jolla and Boomer Beach. Have you ever seen California sea lions up close before?

Both rookeries are very close to each other and are found down parallel to Ellen Browning Scripps Park. Today, I will be only concentrating on what we saw over at the newly closed to the public- California sea lion rookery.

Where Are The California Sea Lions in La Jolla? 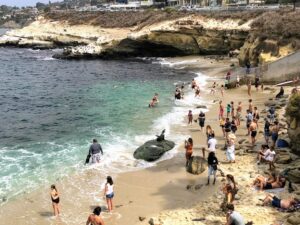 La Jolla cove sits adjacent to Point La Jolla, so it is not uncommon to see a couple of California sea lions hanging out on the rocks in the cove.

On this day, it was quite unusual for this sea lion to swim onto a crowded beach and pose on a rock, but maybe not.

You would think that some sea lions are becoming less afraid of humans, seeing that human smells and sounds constantly surround them.