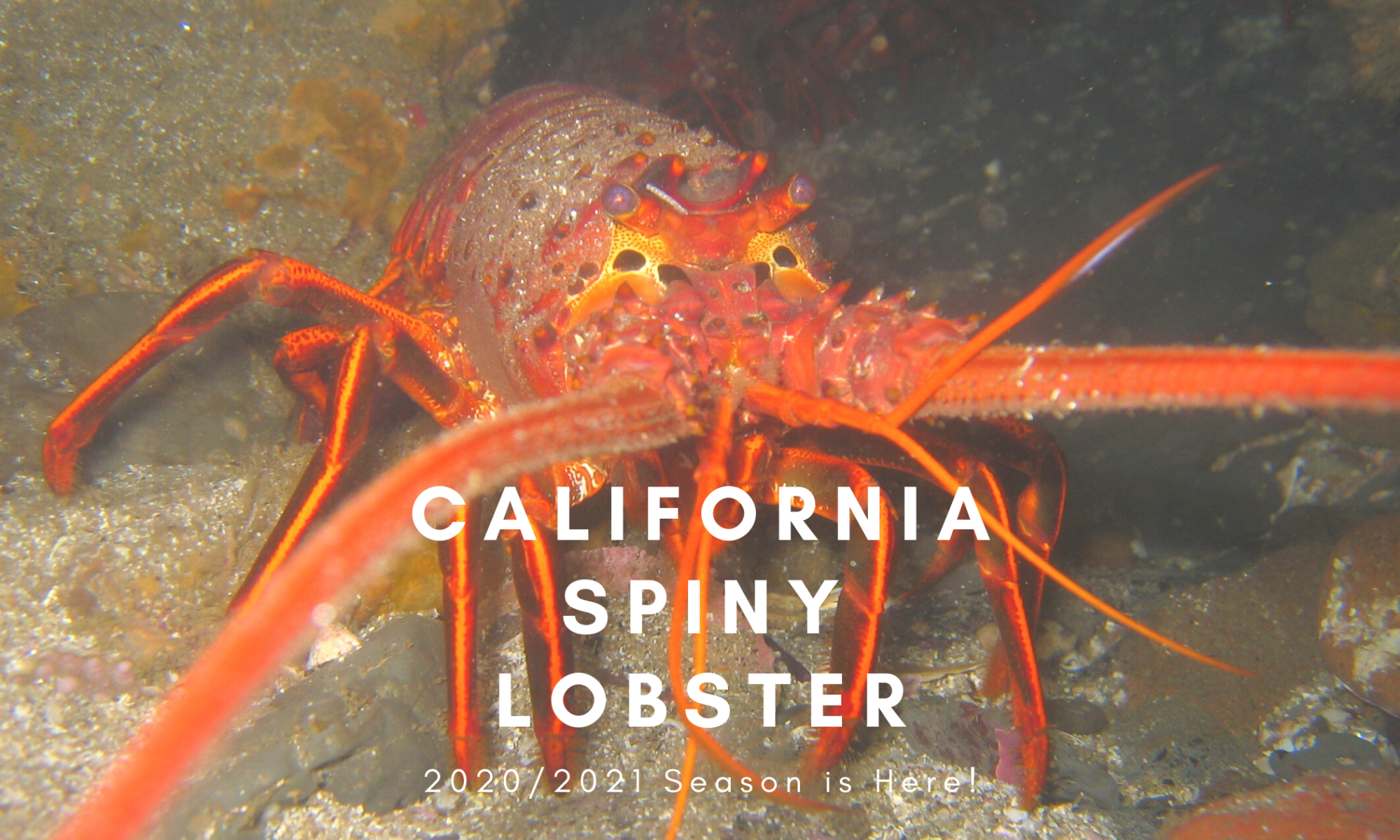 The California spiny lobster season is upon us! Historically, the season opens on Saturday at 6 am before the first Wednesday in October; this year, that falls on October 1 and closes on March 22. Lobster cards, which cost $10.80, are due by April 30, 2023… more information is below.) Though I have never fished lobster before, I do know where they hang out in San Diego.

Down below, I have provided information on the California spiny lobster fishing regulations, a map on where not to look for lobsters (Marine Protected Areas), how to fish for lobsters; as well as, and a few San Diego recreational lobster boat charters that are available only during this time of year.

Also included is a brief overview of the California spiny lobster life cycle and a few interesting facts that will help you better understand this elusive and revered West Coast invertebrate!

The Maine lobster (Homarus americanus) – also known as the North American lobster, differs from its west coast cousin as it has two substantial, powerful front claws, which the spiny lobster lacks.

Instead, the spiny lobster defends itself with the sharp spines on its carapace shell and its large whip-like antennae.

The 2023 California spiny lobster season officially opened on October 1 and will continue until March 22, 2023.

Below is a link to a map of the coast of San Diego to reference before fishing for lobster from a vessel. You want to ensure that you are nowhere near any Marine Protected Areas.

Bag Limit-7 per day, which may only be taken by hand or by a hoop net

Minimum Size– 3.25 inches long carapace. Measure in a straight line on the midline of the back from the rear edge of the eye socket to the rear edge of the body shell (carapace). All must have a measuring device capable of accurately determining the legal length of their person at all times.

Permit Requirments-A California Department of Fish and Wildlife Spiny Lobster Report Card and a California Recreational Fishing License. No fishing license is required on public piers and jetties. (Remember that a jetty is surrounded by water in three places.)

What is a Spiny Lobster Report Card?

Regardless of age, every person taking lobsters must carry and record the coordinates of where they obtained each lobster.

Report cards help biologists determine whether the lobster resource is vital and if current fishing regulations are working correctly.

Before fishing,  fill out the month, day, location, and gear used (hoop net or hands). When you are done fishing, change location or gear, and record the number of lobsters taken from that location.

If, by some chance, you fill out your report card before the cutoff date of April 30, you may turn it in early and receive another card.

Again, you must turn all Spiny Lobster Report Cards to the California Fish and Wildlife Office no later than April 30. If you fail to do so, it won’t be easy to receive a 2023-2024 report card the following year.

Do you need a California Recreational Fishing License or a CDFW Spiny Lobster Report Card?

Diving For Lobsters in San Diego

When freediving or scuba diving, you may possess spearfishing equipment, but you may not use it to aid in taking lobsters. You can use only your hands. Divers may come up to the surface to measure, but no measurements are allowed outside the water onshore.

Fishing for Lobsters on Piers

No fishing license is required when fishing from any public pier in California., but do not forget to have your Lobster Report Card!

Only five hoop nets are allowed per person.

Ocean Beach Pier is the best pier to try fishing for the spiny lobster in San Diego.

I recall several times when anglers looking for fish caught a lobster. Unfortunately, I had to remind them that you can only keep the lobster during the season and only by a hoop net, so they needed to throw it back. (more down below)

Fishing for Lobster Aboard a Vessel

Hoop nets are used from various vessels during the California spiny lobster season- from boats, paddleboards, jet skis, kayaks, and even surfboards.

As stated above, a maximum of 10 hoop nets is allowed per vessel, regardless of how many passengers are on board.

The California spiny lobsters were the 4th most valuable fish/shellfish species caught in California in 2019. Over 373 tons were harvested!

Now that may seem like a lot, but compared to the North American lobster (Homarus americanus) harvest of  45 677 tons, you can see no comparison in terms of volume.

Let’s look at a few exciting California spiny lobster facts that might help you.

Where are the Best Places in San Diego to Find Lobster?

So I researched a few fishing boards online to get an idea of where everyone is catching lobster in San Diego.

And let me tell you what I found. Lobster spots are heavily guarded secrets in the San Diego fishing community! Down below are a few spots that I did uncover for you.

As I stated above, Ocean Beach Pier is the best fishing pier for lobsters in San Diego. The best time would be at high tide at the beginning of the dock on the south side. There is a rocky reef known as a lobster hotspot at this location.

Another famous San Diego lobster fishing spot, at least the one reported the most, has to be the Zuniga Jetty, located on a private military beach at the entrance of San Diego Bay (see photo below).

A few other suggestions-

I found a few lobster boat charters to consider. Click on the provided links and photos for more information. 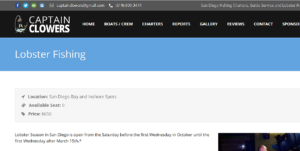 As a bonus, I found the most informative fishing forum online, SDFish.com,  where many San Diego anglers communicate with each other. Some subjects include making hoop nets, where San Diego anglers find lobsters, and much more.

Maybe you can find more hints here! Check it out!

Good luck to you, and if you catch any lobsters, please feel free to tell me about them!

The California Department of Fish and Wildlife took the time to determine where everyone caught the most lobsters in Southern California.

Below, I have provided you with San Diego’s top spots to catch lobster in  2021-2022 and the percentage seen in all of Southern California.

So where was the number one place in all of Southern California to find the California spiny lobster? Catalina Island, where 16.3 % of all lobsters were caught during this season.